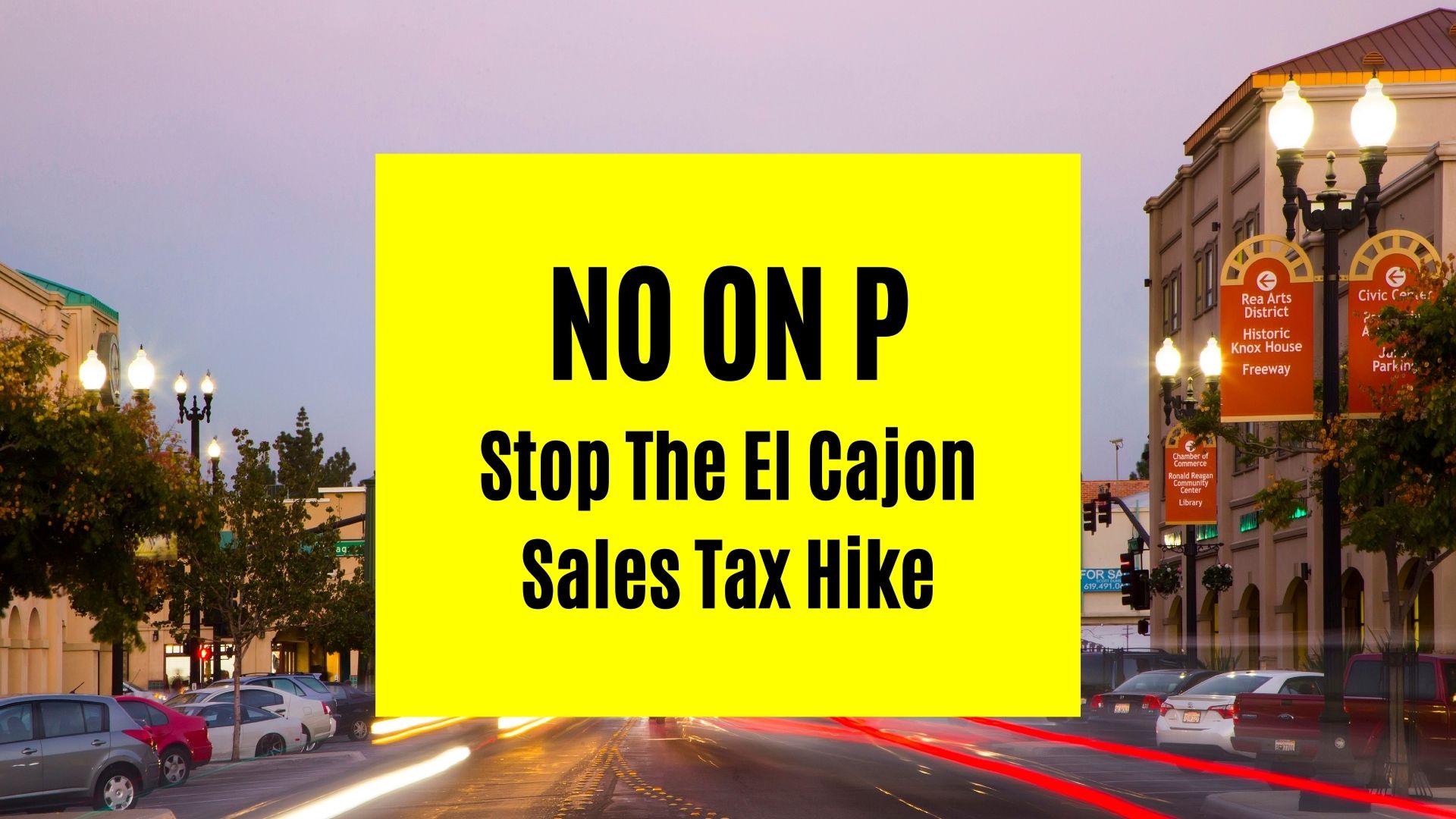 El Cajon city politicians have voted to place a misleading tax increase, Measure P, on your November ballot that will cost you $200 or more per year. Reform California is leading the fight to stop the costly tax hike and explains the measure in “plain English.”

Be careful! The November 2022 election will feature a number of local ballot measures, and city politicians are trying to fool you into approving hidden tax hikes with misleading ballot titles. In the City of El Cajon, Measure P has been named the “Public Safety and Essential Services Revenue Measure.” But Measure P is actually a massive sales tax hike — and not a single penny of it will go to fund city services.

Measure P imposes an extra 0.5% in sales tax on every purchase you make — for a total sales tax rate of 8.75%. If approved, Measure P will cost a typical El Cajon family an estimated $200 more per year in sales tax.

Carl DeMaio, chairman of Reform California, says Measure P is an insult to city residents during high inflation and a recession.

That’s why DeMaio has launched a grassroots campaign to defeat Measure P at the ballot box in November.

“El Cajon residents already have one of the highest cost of living burdens in the nation, but city politicians still want to add to that by imposing a new sales tax on city residents,” said DeMaio. “Our hardworking families can’t afford another tax hike,” he continued.

While some proponents favor a tax increase believing it will harm the wealthy, DeMaio explains that sales taxes are regressive — meaning they hurt low-income families the most.

“A sales tax takes away a greater percentage of income from lower income earners than higher income earners,” said DeMaio. “By the numbers, this sales tax hike will disproportionately hurt our middle and low income families the most.”

The El Cajon City Council and Measure P backers have claimed that the tax increase is necessary to fund city services, and that it will specifically benefit homeless prevention, public safety, traffic, and parks. They also assure the funds collected will be subject to oversight.

But Measure P’s text calls that into question, as it allows the funding collected to be spent on any project by the City Council with little public input.

“Politicians shamefully say Measure P will fund specific areas such as ‘safety’ and ‘traffic’ and ‘homeless’ — but they use these words only because they polled these terms and they think they will entice you into supporting the measure,” explains DeMaio. “In fact, the city’s own budget and fiscal forecast proves these claims to be false.”

DeMaio points to the City’s budget forecasts and staff reports, which outline Measure P funding being diverted to projects other than those described in the ballot language. In fact, nearly all of the proceeds will cover pension payouts to city workers that are overly-generous compared to other cities or the private sector.

“Why should you pay more so a city bureaucrat can retire early with a retirement package that far exceeds what the average taxpayer receives?” asked DeMaio.

DeMaio says the solution is to vote no on Measure P and tell city politicians to reform their wasteful spending deals.

DeMaio and Reform California are leading the fight to defeat Measure P in November. 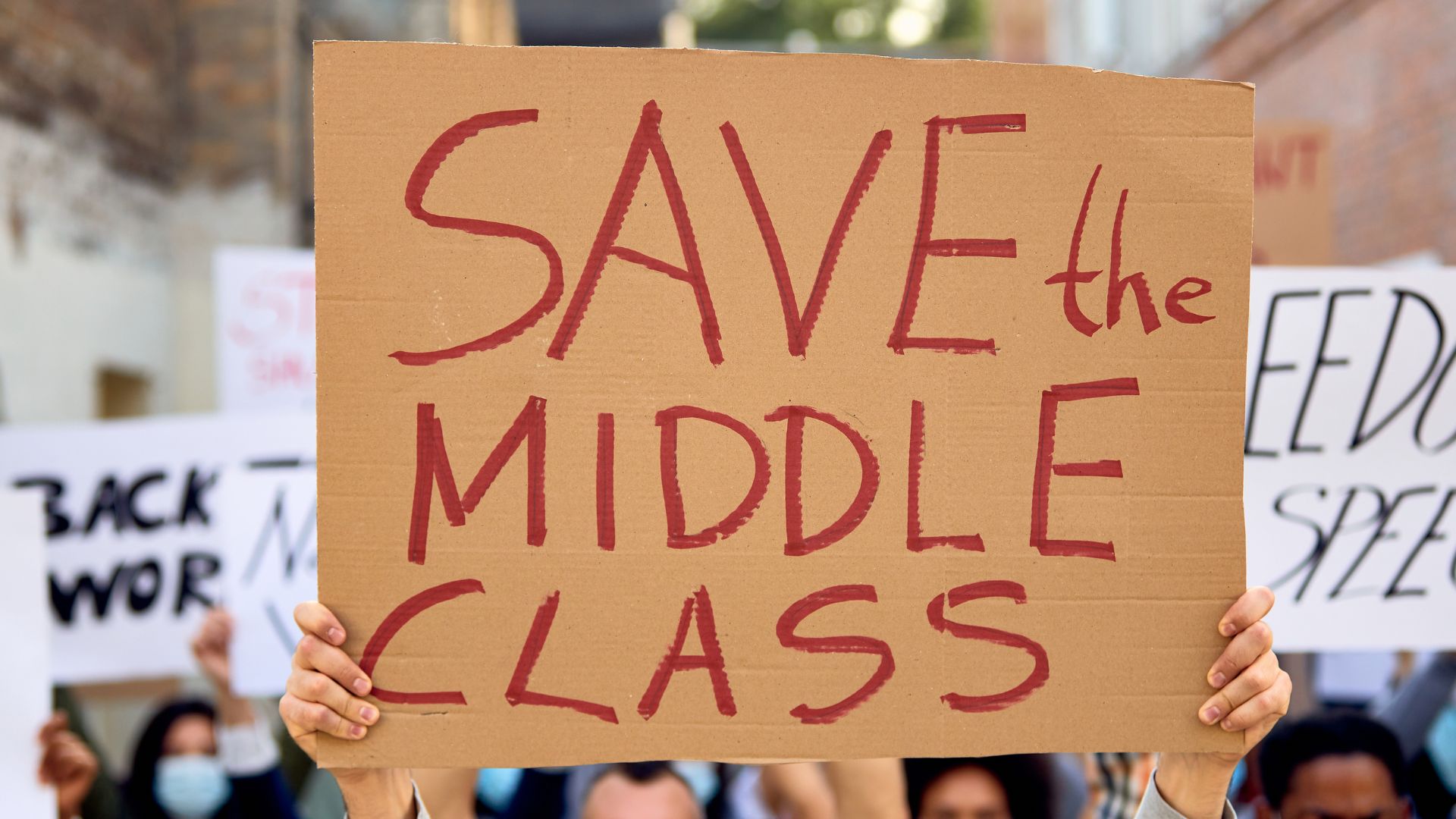